Canto 10 begins with a prolonged proem describing the intersection of the medieval astronomical concepts of the ecliptic and the celestial equator. Essentially, in astronomical terms, this intersection of seemingly different motions in one place are representative of two seemingly different natures which are actually one, just as man and god share the same nature as Dante has earlier shown. The sun, too, as the fourth sphere, goes beyond the initial shadowed or seemingly imperfect trinity. Recall that those on the moon were inconstant, and those on Mercury overemphasized the active life, and those on Venus overemphasized the act of love over its object (God). Here in the sun we meet the great doctors of the church (doctus=learned). One observes that they are the first of the “lights” unobscured by shadow or sin, and therefore one might call them the great luminaries, or those who clearly reflect the light of truth. They are the great theologians and metaphysicians of the Christian faith–with the greatest of them, Thomas Aquinas, doing the speaking, or shedding the most light, during this canto.

Returning to the beginning of the canto, though, and our theme of determining whether space and paradise exist both inside a human and outside one, and therefore collapse the distinction between them, just as the purpose of Purgatory is to purge the difference between man’s nature and God’s, so here one sees in the quote below the unity of the concept of mind (generally considered inside) and space (generally considered outside):

“Gazing at his Son with the Love that both
eternally breathe, the first, ineffable Power
made all that turns in the mind or through

space with so much order that one who
contemplates it cannot be without a taste of him.”
(Par. 10.1-6)

Look at that quote again “…the first, ineffable Power made all that turns in the mind or through space with so much order”–is this not Dante explicitly identifying the motion of thought or mind with the motion of the heavens (or heavenly spheres; thoughts) within space? Keep this in mind.

“I have set before you: now feed yourself, for
all my care is claimed by that matter of which I
have become the scribe.

The greatest minister of Nature, which
stamps the world with the power of the heavens
and measures time to us with its light,

joined with that part mentioned above, was
wheeling through the spirals in which it rises
ever earlier,

and I was with it, but I did not perceive the ascent,
except as one perceives a first thought before it comes.

Beatrice is she who guides from good
to better so swiftly that her act does not extend in
time.

How bright in itself had to be whatever was
within the sun, where I entered, not by color but
by manifest light!

Though I call on my wit and art and practice, I
could never tell it so that it could be imagined,
but it can be believed, and let the sight of it be
yearned for.

And if our imaginations are too low for such a
height it is no wonder, for no eye has ever seen
intensity beyond the sun’s.

Such was the brightness there of the fourth
family of the high Father, who always satisfies
them, showing how he breathes and how begets.”
(Ibid. 25-50)

First, one observes in the second tercet that the Sun is described as the stamp of the world, or rather, the Sun is the form of the world and the Earth is its matter. Therefore, the Sun gives that which is immaterial to the earth in order to form or craft it through light or energy or heat. We next observe that again the pilgrim does not observe his ascent, again suggesting that he is “moving” within a space which requires no motion, i.e., his own mind or absolute space. He also cannot describe the sun’s color, because color is the physical manifestation of light. For example, think of how one sees colors through light–without light one cannot see color. Imagine darkness.

And then “manifest light” clearly means a thought or revelation which of course is always clear. And this is why Dante says that we cannot imagine what he saw, because he did not see  an image that one could represent by the imagination, but rather, he saw in the sense of clearly understanding the purpose or cause or nature of the Sun–all of which are not images, but rather intelligible (contra sensible) ideas. Where does one see a nature or cause or purpose in the natural world? Growing from a tree? Ha!

And finally Dante promises to show, to the best of his ability, the way in which the Sun begets or creates through its “breath” or effect which is light. Though sadly:

“In the court of Heaven, whence I return, there
are many jewels so precious and beautiful that
they cannot be taken from the kingdom.”

“and the song of those lights was one of them;
whoever does not grow the feathers to fly up
there can expect to hear news of it from the mute.”
(Ibid. 70-77) 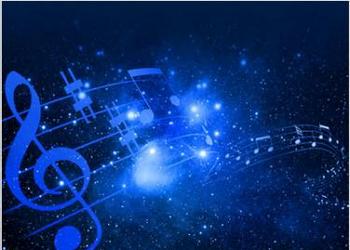 And then, out from within one of the lights, Thomas Aquinas, a voice begins to speak:

“And within one of them I heard begin: “Since
the ray of grace, by which true love is kindled
and then grows by loving,

so shines, multiplied in you, that it leads you
up along the ladder that no one descends
without climbing it again,

whoever should deny the wine of his flask to
your thirst, would not be free except as water
not descending to the sea.

You wish to know with what plants this
garland blooms that woos from all sides the
beautiful lady who strengthens you for Heaven.

I was among the lambs of the holy flock that
Dominic leads by a path where one fattens well
if one does not wander.

We meet Thomas Aquinas, of the Dominican order of Catholic monks, whose teacher was Albertus Magnus (Albert the Great). He mentions that after one ascends this ladder, one never descends again without re-ascending in a cyclical way, and then he goes on to describe the other luminaries he is sharing heaven with: Albert, Gratian, Peter Lombard, Solomon,  Dionysos the Areopagite, Paulus Orosius, Boethius, Isidore of Seville, and Siger of Brabant. Nine figures total shaping up the three circles of the Sun! The canto ends on a joyful note with Dante writing:

“So I saw that glorious wheel turning, voice
answering voice, with tempering and sweetness
that cannot be known
except there, where rejoicing forevers itself.”
(Ibid. 145-148)

We will continue through cantos 11 and 12 next week.